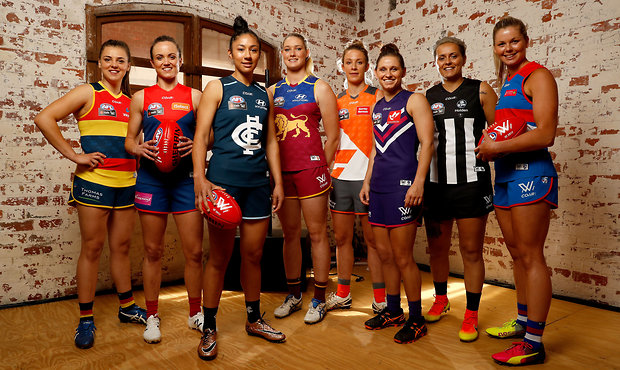 For those who have been watching, the Women’s AFL season draws to a close this weekend with the Lions taking on the Crows in a first ever women’s grand final.  A game that has been underrepresented by females for far too long has achieved great success in its inaugural season.  The calibre of play demonstrated has been phenomenal, but with big game, comes big injuries.  Amongst the various musculoskeletal injuries that have occurred, a particularly treacherous injury is the rupture of the Anterior Cruciate Ligament (ACL).

It is estimated that 38,000 ACL injuries are experienced by females a year, with a 2-8x higher risk of injury when compared to males in similar high risk sporting events.  So why do females have an increased risk of rupturing their ACL, and what can do we do decrease these numbers?

There are three main factors that differ between the male and female ACL, the first being anatomical differences.  The female ACL is smaller in size and greater in laxity than the male ACL.  Secondly, there are hormonal differences.  There has long been a correlation between oestrogen and a higher risk of ACL injury.  Given the unique hormonal cycle of a female, it has been found that there is a three-fold risk in injuring the ACL during the preovulatory phase of menstruation compared to the postovulatory phase. Finally there are neuromuscular differences.  The female athlete tends to recruit her quadriceps over her hamstrings, and this delay in activation of the hamstring may lead to increased susceptibility of injury.  When faced with the same force, males activate their hamstrings first, preventing a displacement of the tibia on the femur.  Furthermore, studies have shown that females tend to land with a greater lateral sway of the trunk thereby increasing the valgus (or inwards) force on the lateral (or outside) side of the knee joint.

Hormonal and anatomical risk factors are considered non-modifiable, but neuromuscular factors can be addressed via specific training and a proper warm up.  Come and speak to your physiotherapist at Watsonia Physiotherapy if you require preventative action to be taken on your ACL before it takes you out!

For those of you who missed out on making it to a AFL women’s match this year, don’t worry the girls will be back on the field next year with entry remaining free for the 2017 season.  Get behind this great sport and the women who are paving a way for generations to come!